HomeLatestIt was a relief to cancel the CBSE 12th exam, but worries...
Latest

It was a relief to cancel the CBSE 12th exam, but worries about career persisted. (DU Admission 2021) 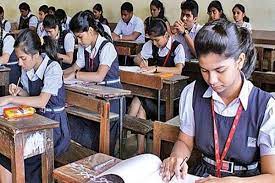 Students were given enough time to apply. So that when the results come, students can enroll by submitting marksheet.

But, this time the delay in admission process is bound to happen and when it will happen it will be based on the CBSE exam decision. An official of the examination department said that the maximum number of CBSE students apply in DU. Last year, more than three lakh 54 thousand applications were received.

In view of the increasing outbreak of Corona, the Central Board of Secondary Education (CBSE) has canceled the 10th examinations to be held from May 4. Along with this, we have deferred the examinations of class 12. A decision will be taken for the 12th exams after June 1. After this decision of CBSE, 21.5 lakh candidates of class 10th and 14 lakh candidates of class 12th have been relieved, but their concerns about the future remain intact.

According to 10th students, the merit list will not be released due to the evaluation based on performance and it is very difficult to find out who has cracked the exam all over the country. At the same time, the students of 12th are worrying about their careers.

The 10th and 12th board examinations in Jamia Milia Islamia affiliated schools are currently deferred. This decision has been taken in view of the ever increasing outbreak of Corona. Earlier these examinations were proposed from April 15. Notice of postponement of the examination has been given to the students’ relatives. The Jamia administration has issued a circular in this regard. Please tell that there is also an educational board under Jamia University.

Share
Facebook
Twitter
Pinterest
WhatsApp
Previous articleIn view of the rising havoc of Corona, Delhi University ceased all offline activities till April 13
Next articleDU Admission 2021: When will the application process for admission in undergraduate course begin