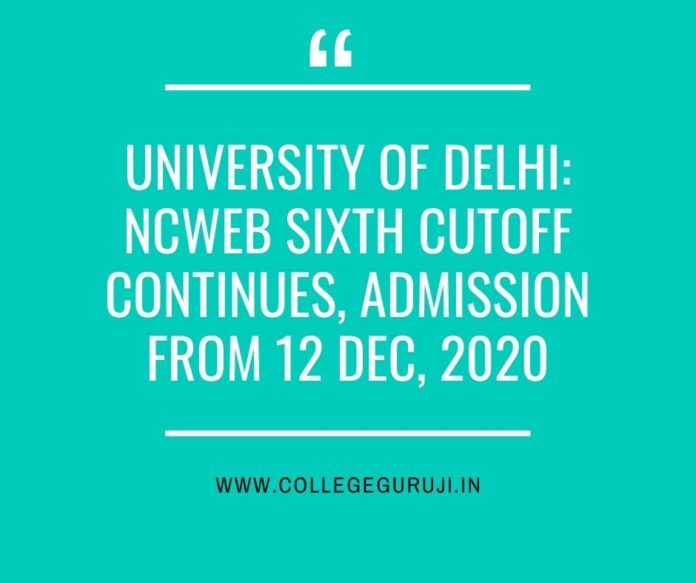 The sixth cutoff of Non Collegiate Women’s Education Board (NCWeb) of Delhi University) released on Friday night. The admissions race under the cutoff will begin on Saturday. Admission will be till Monday.

More than half of the colleges in NCWeb are vacant after 5 cutoffs. The cut-off for B.Com and BA programs has come down considerably.

Colleges in general have kept the cutoff from 84 percent to 55 percent. While different colleges have different cutoffs in the BA program. The cutoff of BA program (Economics and Political Science) is the highest by Miranda House College.

The college has issued 88 percent cutoff. NCweb studies in 26 colleges of DU. Only girls residing in Delhi get admission in it.

Delhi University issued a notification on Friday, clarifying that admission to all the undergraduate and postgraduate courses will be done by 31 December.

DU administration said that all the departments asked to complete the admission by 31 December. Earlier the dates of admission to SOL extended till 31 December.