DU Cut Off 2020: DU cut off will be based on 12th results and likely higher 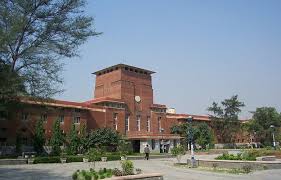 Undergraduate admission will start in DU from October 12. Till previous years, DU had the option of choosing the subject in front of the students who had taken merit based course in graduation. This time the cutoff will come only on the basis of DU board 12 board exam results and the cutoff that came last year. This cutoff is likely to be higher than last year. DU will not send application data to colleges this time.

When the student applied, they would also select the subjects and later DU would send that data to the colleges before making the cutoff so that he would usually see how many students had applied in which subject. But this time DU is not going to do it.

Teachers of some colleges say that students used to select courses in the data that DU sent. This data was not very accurate, but we used to get an idea about which subject has received the most applications. Whereas now students did not have the option to choose the subject.

However, Principal of ARSD College, Dr. Gyntosh Jha says that this figure was not favorable for the cutoff earlier also. Because often a student was ticking for admission in many subjects, therefore there was no exact data on how many students actually chose which subject. Therefore, last year’s cutoff and marks in 12th board will be considered as the basis of cutoff. It is expected that this year the cutoff will be higher in many subjects than last year.

There are many questions regarding the admission of graduates in DU before the admission committee of colleges. To address these doubts, there hold a meeting of principals at 3 pm today. This meeting will be online. Only after this, colleges will take the cutoff