The Odisha government on Friday also announced the cancellation of the Class 12 board examination conducted by the Council of Higher Secondary Education (CHSE). Chief Minister Naveen Patnaik has ordered to cancel the 12th examination in view of the pandemic situation 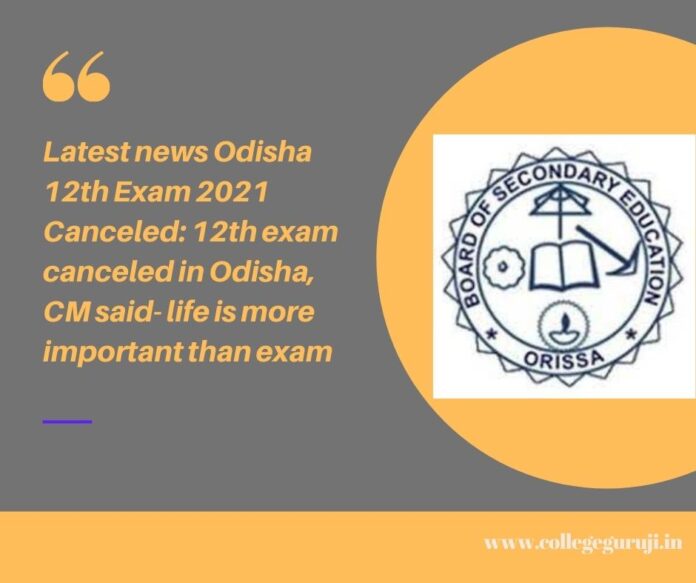 Student-parents happy due to cancellation of examinations

Let us inform that the Odisha Class 12 examinations for Arts, Science and Commerce streams conducted by the Council of Higher Secondary Education were scheduled to begin from May 18. Students and parents have breathed a sigh of relief due to the cancellation of the examination. In fact, in view of the cases of corona infection, students and parents had been demanding cancellation of the 12th examination for a long time. At the same time, evaluation criteria will also be issued for passing 12th class students.