DU can release the fourth cutoff list on Saturday, the admission process will start from November 2 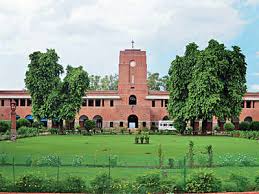 The cutoff list will release on DU’s official website du.ac.in. As per the schedule of DU, after this cutoff list release today, DU admission process under this list will start from November 2 (10 am) till November 4, 2020 (5 pm). In addition, students can pay for courses by November 6, 2020 (11:59 pm).

In such a situation, students should note that those who had previously registered for admission in UG programs of Delhi University. They can check the fourth cut-off of DU 2020 by visiting the affiliated colleges and university website.

Apart from this, students should note that the students who have registered their names in any of the colleges of DU i.e. first, second and third cut-off, have the fourth cut-off list released by Delhi University today. There will be an option to change college or program. In such a situation, if a student wants to change a college or course, then he can do so.

Apart from this, students who enroll under DU 4th cut-off will then have to report to the respective colleges for DU document verification.

The admission process will start from Monday 2 November, based on the fourth cutoff list. Students will be able to enroll from 10 am to 5 pm on Wednesday. Whereas fees can be deposited on November 6 at 11 to 59 minutes.

55 thousand admissions done in Delhi University after 3rd Cut off

There are 70 thousand graduate seats in DU, more than 55 thousand admissions have been done since the last three cutoffs. Now the seats which are left are mostly SC, EWS and PWD.

Colleges may drop from 0.25 per cent to 1.5 per cent in the fourth cutoff. The seats of Political Science, History, English, Psychology, and Economics already filled in many colleges.

Admissions are being made for general and OBC seats in colleges, but there are problems in filling the seats of SC, EWS and PWD.

Colleges are saying that these seats are expected to be filled till the special cutoff or final cutoff. In the fourth cutoff, students of general category can get admission in BCom and BCom Honors.

The DU administration said that five cutoffs will be issued as per the scheduled schedule. However, if the seats of SC, ST, OBC and students belonging to economically weaker sections remain vacant then special cutoff will be issued. The admission process will start from November 9 on the basis of the fifth cutoff, while the special cutoff

On the basis of the admission process will start from November 18.