Latest update of DU Admission 2021: the picture of DU admission will clear in the first week of June, Know why 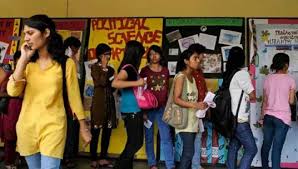 Dean of College Prof. Balaram Pani said that the decision is expected to be taken very soon regarding the board exams of CBSE. In such a situation, the picture of DU admission in the first week of June can be clear.

If Admission process not done through CUSAT, will be same as previous years:

This time admissions in central universities were to be conducted through the Central University Common Entrance Test (CUSAT). The responsibility of which has been given to the National Examination Agency, but in the circumstances that have arisen due to the second wave of corona, admission through CUSAT is not possible at present.

A DU official said that if the admission is not done through CUSET, then the admission process of graduate courses in DU will remain the same as before. He told that DU is in touch with the National Examination Agency. Recently, a meeting of the Education Ministers of all the states and other people was held under the leadership of the Union Ministers regarding the board examination and other entrance examinations. Any instructions in this regard are expected by June 1.

On Wednesday, a meeting was also held under the leadership of the Dean of the Admission Department in DU. However, it did not yield any concrete results.